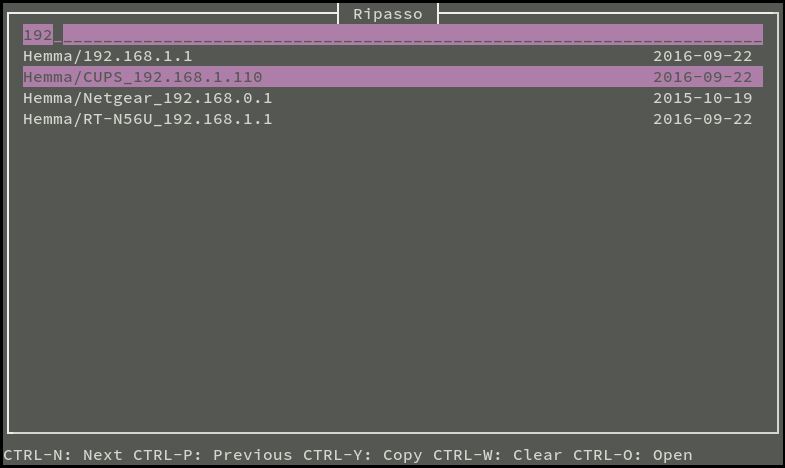 We have just released version 0.3.0 of Ripasso, a password manager that lets you control the level of risk that you expose your passwords to.

If you set the Git configuration values commit.gpgsign and user.signingkey, then Ripasso will respect them when creating Git commits and signing those.

If the password store is backed by a Git repository, then Ripasso will read and display who changed a password last.

Support for initializing a Git repo in the quick start wizard

If you start Ripasso without a password store directory you will get a guide that helps you get set up. That guide now also gives you the opportunity to initialize a Git repository.

Added a status bar, and a menu

We reworked to information at the bottom of the screen, moved the shortcuts into a menu and added a status bar that displays what’s happening in the application.

Made Ctrl-W behave as in the shell, so that you can delete last typed word with it.

Fixed performance problem if the Git repo was large

Fixed problem with passwords that contained a . character

Newly created passwords that contained a . character weren’t accessible without a restart.

Arch now has two packages, ripasso-git that tracks the development branch and ripasso-cursive that contains the stable version.